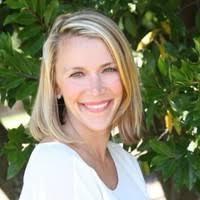 Jen Ryan founded Final Draft Communications following her role as Vice Chancellor of Communications for the University System of Georgia, where she oversaw communications for Georgia's 26 public universities and colleges. Prior to that, she served as Gov. Nathan Deal's Deputy Chief of Staff for Communications during his second term in office, as well as communications director for his successful reelection campaign. Ryan held the same role in the U.S. House of Representatives. She is a tested communications professional with experience working with state and federal government officials, business community leaders, and members of the media.

Join us at our next meeting

Established in 2010, the Georgia Natural Resources Foundation is a 501(c)(3) charitable organization that supports the preservation of Georgia’s natural and cultural resources through projects, activities and programs of the Georgia DNR. We rely on donations and partnerships with individuals, corporations and other similarly aligned foundations to support our initiatives.